What parts make a TV? A television can simply be defined as an electronic device, which has the ability to receive audio visual signals through OTA transmission and produces sound while displaying an image. This electronic device is made out of some key components. These components have evolved along with time as well. In fact, there is a significant difference in between the components of televisions that were manufactured a decade ago and the ones that are being manufactured today. Here is a list of the main components that you can find in a television. 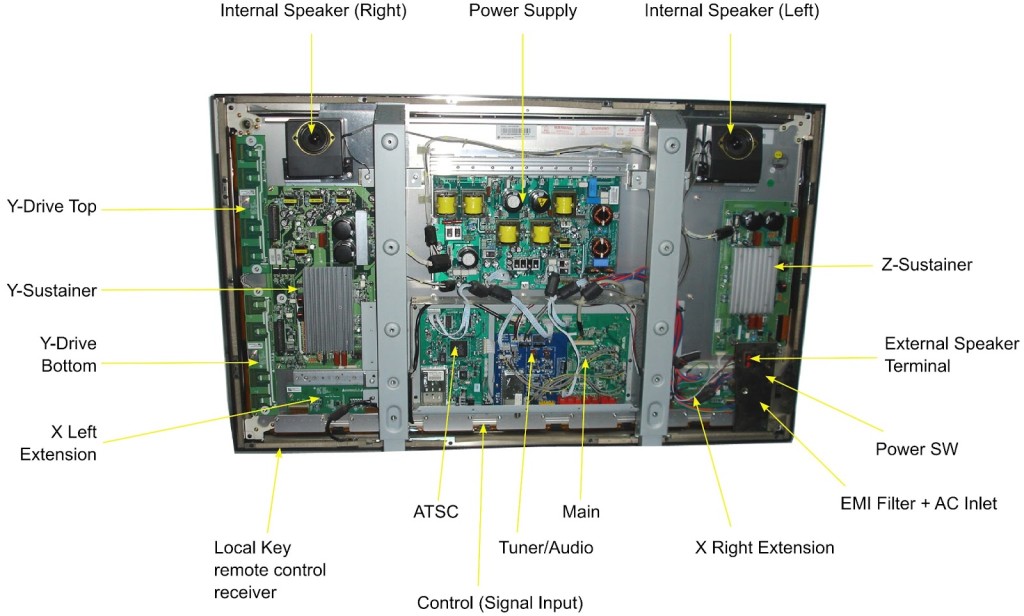 The television displays can be divided into two main categories as cathode ray tubes and flat screens. The older televisions were equipped with a cathode ray system and it was responsible for producing the images. It consisted of a gun, which shoots a beam of electrons across the screen from its top to bottom. The strength of electron beam controls how the video signals should appear. This cathode ray system has the ability to replicate an image on the television screen. As a result, the viewer will be able to see it as a continuous stream of images. In order to produce colors, a pattern of Red, Green and Blue is being used.

Cathode ray screens were replaced with flat screens about a decade back. As you already know, cathode ray systems require a lot of space and people who prefer portability did not like it at all. As a result, flat screen televisions came to the market. Plasma screens were the first type of flat screens to come to the market. Later they were replaced with LCD and LED television screens. Both LED and LCD television screens use the same technology. These screens have the potential to deliver an excellent contrast between light and dark as well.

Tuners can be considered as another main component of a television. In fact, you can see a tuner in all televisions. The tuner is responsible for capturing information that is transmitted in the form of airwaves. It then translates the captured signals to produce audio and video signals. The tuner also plays the important role of identifying signals that are related to a specific station. You will be able to see a large number of audio and video input sockets in modern world televisions as well. They can be used to connect a variety of input and output devices such as home theater systems, video players and satellite boxes.

The audio signals captured by the tuner will be sent directly into the speakers for broadcasting purposes. The speakers consist of two different magnets, which create vibrations within a cone. This gives life to sound waves. However, you will not be able to get high end speakers from traditional televisions and if you want a better sound quality, you can think of connecting an external speaker system such as sound bars.